OUR SME TEAMS WORK COLLABORATIVELY WITH HEALTHCARE PROVIDERS AND INSTITUTIONS ALONG WITH YOUR COMMUNITY PARTNERS TO PREPARE FOR AND RESPOND TO DISASTER SITUATIONS.

Response Systems holistically provides consulting, training, and pre-positioned Strike Teams to organizations and individuals to best plan for and respond to all hazards disaster situations. Our aim is to create self-sustaining teams to help your organization mitigate when disaster strikes.

Response Systems brings together subject matter experts in emergency medicine and disaster response to provide the highest level training and exercise experience for our clients. We bring specialized programs to your jurisdiction, and work directly with you to precisely meet your needs by customizing content and delivery.

Response Systems provides services in all five phases of emergency management; Prevention, Preparedness, Response, Recovery, and Mitigation. Our company is not only called upon to offer expert, specialized training and consulting including design and lead of workshops and exercises, we are also contracted to respond to catastrophic events. Having responded to dozens of federal and state declared disaster events “we practice what we preach”.

All disaster planning and response involves a health care component. Response Systems’ “Physician Led” strategy provides critical core support to any agency tasked to respond. We offer highly specialized resources to provide the highest levels of support whether it is Advanced Disaster Life Support or Pediatric Disaster Life Support, evacuation of an ICU or mitigating the risk of an Active Shooter on campus, our team has the required talent and experience to assist.

We are physician led, so we speak your language, and truly understand the particular needs of each of our clients. Each of our staff members brings unique experiences working with other healthcare organizations – locally, nationally, and internationally – to offer broader perspectives and deeper insight. 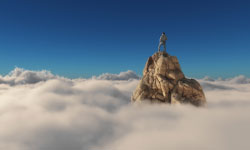 In addition to the executive duties as President, Mr. Todd Grainger serves as Exercise Director/Process Evaluator for hospital based exercises and maintains a Command Role in Response Systems disaster response activities. 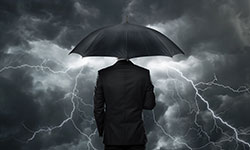 Randy has broad experience in Emergency Management and Emergency Medical Services from both the end user and provider perspective. Randy has helped design, conduct and evaluate numerous exercises in the State of Kansas as part of the Response Systems team and participated in statewide exercises as a first responder. Randy has participated in exercises and trainings throughout most of the HS/EMS regions in Kansas. Nationally, Randy has been an evaluator for multiple exercises and workshops conducted by Response Systems.

As a player and After Action Report contributor, Randy participated in a full scale exercise at Fort A.P. Hill in Virginia in preparation for an appearance by President Bush. This full scale exercised comprised Army and Air Force personnel, Multiple State EMS services, State Area Emergency Management Command, and Federal Secret Service contingency. As a responder, Randy was involved in Health and Safety planning for the 2005 National Boy Scout Jamboree. The organization created an entire healthcare system spread out over several thousand acres for a three-week period to manage the health and wellbeing of 30,000 Boy Scouts and adult leaders. Planning soon turned to a large scale medical response as a mass-casualty heat related incident resulted in some 1000+ patients.

Helping enrich his ability to relate to exercise events, Randy has served in several response missions as part of the contracted Response Systems Team. In 2008 Randy served as Operations chief for the mass medical evacuation of the Louisiana State University (LSU) Health Care System (HSC). Over 300 patients were successfully evacuated involving 10 hospitals. LSU HCS, the ninth largest public health care system in the country, along with State of Louisiana health officials recognized Response Systems’ performance as exemplary and “beyond our expectations”. Randy and R-S-I responded to Hurricane’s Dean, Ike, Isaac and Karen similarly engaged in tactical response. Recently, Randy led three teams in deployments to hurricanes Irma and Maria in San Juan, Puerto Rico, St. Croix and St. Thomas of the USVI. This encompassed several hundred responders over 7-month period. Randy was also the Deputy I/C and Logistics Section Chief for R-S-I’s deployment to Florida for Hurricane Irma

As the former Director of Emergency Management, Assistant Director of EMS of Greeley County, and an EMS specialist for the State Board of EMS (all in Kansas), Randy has experience with many Emergency Operations, Hazard Mitigation, EMS systems and response Plans. Currently, he manages three R-S-I contracts in Louisiana for staff support and planning for disaster response for LA ESF-8 to support EMS and Medical Special Needs Shelters as well as an additional contract for the evacuation of one of the larger healthcare systems in the State.

Mark E. Chambers has extensive experience in Disaster Planning and Response, including Pandemic Flu Planning. Most recently, Mark Chambers led North Carolina’s Hospital Preparedness Program as the State’s Disaster Medical Services Coordinator. Prior to his position in North Carolina, Mr. Chambers served in a similar capacity for the State of Mississippi and served as advisor to FEMA/HHS regarding health care disaster planning, exercises and response.

Mark has experience held leadership positions in all phases of planning, from writing policy, plans and procedures and leading the execution of these programs. Mr. Chambers primary focus is on regional healthcare coalition planning coordination and state and federal policy and program compliance. 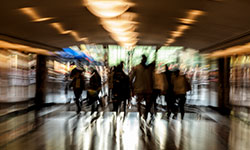 Tim Conley also serves as Planning Officer and Shift Supervisor for the Village of Western Springs (IL) Department of Fire/EMS Services and Emergency Management. Tim Conley’s field experience includes Planning Section Chief during the rescue efforts in Joplin Missouri after a devastating F-5 tornado leveled much of the community. Chief Conley also served as Team Commander for the Illinois Medical Emergency Response Team (IMERT) in Baton Rouge, Louisiana during rescue/recovery operations for Hurricane Katrina. Most recently, Tim Conley has received numerous commendations for his service including from the Federal Emergency Management Agency (FEMA) and the Department of Health and Human Services (HHS). Mr. Conley resides in the Suburban Chicagoland area and in his spare time, Tim participates in fitness challenges with his fire service colleagues. 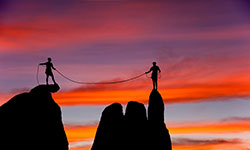 Kelsie brings a great deal of talent and experience in bringing people, agencies, industry, and public sectors together to work towards common goals. She has worked in and developed non-profits in the U.S. and internationally, that have multi-nationalities and religious beliefs coming together for the betterment of humanity. Within R-S-I she has deployed on several mission working both in logistics and recruitment. Kelsie maintains a finger on the pulse of both U.S. and international activities that impact emergency response, therefore, R-S-I and their clients have relative and up-to-date information.